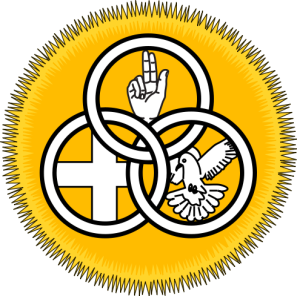 One God, three Persons?  Really? Or is it One God, assuming three different  forms, as in water which is all three: fluid, ice, and vapor; or as in St. Patrick’s shamrock: one stem, three separate leaves; or as  mankind: spirit, body, soul ?

Do we really know that Jesus IS THE CREATOR. He certainly is.  He SPOKE everything into being. He is the WORD OF GOD, the Word made Flesh. Consider this:

Try to picture the Trinity like this, as it was told to me many years ago … and I’ve never been able to refute it :

GOD THE FATHER as the Mind of God

JESUS THE SON as the Word of God

HOLY SPIRIT as the Hand of God

Stick with me now;

In Creation at Gen 1:1  it says that God spoke and the Spirit moved across the waters.

Yes, Jesus Christ IS the CREATOR.  No doubt about that!

14 And the Word became flesh and dwelt among us, and we beheld His glory, the glory as of the only begotten of the Father, full of grace and truth. NKJV

So, at creation we have the Trinity: the Mind of God thought it; the Mouth of God spoke it; the Hand of God moved in Power over it.

This is by no means the only example and probably should not be limited to it; however I believe it is a good example for helping one trying to understand the Trinity, and Jesus’ part as Creator, speaking things into being. 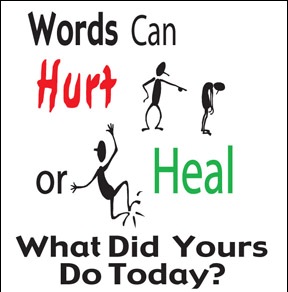 Likewise, we should be careful how we speak, because as it is said, “The pen is mightier than the sword.”

Our God Is One

Each is distinct from the others but never acts independently. They are one in nature and purpose. This mystery is called the doctrine of the Trinity, though that term is not used in the Bible. It is really not surprising that the infinite God should be complex in His nature beyond the ability of finite humans to comprehend. Our finite minds cannot understand or explain this mystery of God, which is nevertheless a fact. We must accept the truths found in the Word of God by faith even though we ourselves cannot comprehend them fully; read Hebrews 11:1, 3, 6 and 1 Corinthians 2:5-10, 14; 13:12.

Link to a video:  http://www.rzim.eu/how-do-you-explain-the-trinity

2 thoughts on “CONSIDERING THE TRINITY”

Leave a COMMENT or a Reply HERE Cancel reply