IS IT FAITH OR IS IT A SIN OF PRESUMPTION?

A church deviating from the Word of God on important issues, issues which bring too much of the world into the church, I feel, has no right to presume upon God and call it faith.

Asking a Pastor if some churches weren’t guilty of the sin of presumption, I thought he hedged, and I did not get what I thought was an adequate answer.

So, I was surprised when, early one morning, while in the state of waking, a statement regarding presumption unconsciously dropped into my mind,

“Presumption puts oneself in the place of God.”

Hmmm…Scripture exhorts us to test the spirits to see if they are of God….therefore;

…to presume something will happen puts oneself in a position of God, expecting God to act on our thoughts.

…it could have an effect of making God our puppet.

…presumption and faith are not the same.

…arrogant confidence is nothing more than presumption 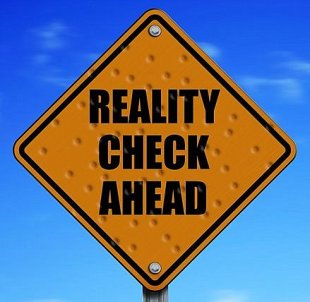 From my research on the net:

“But the prophet who speaks a word presumptuously in My name which I have not commanded him to speak, or which he speaks in the name of other gods, that prophet shall die.”

Saul was guilty of the sin of presumption when he would not wait for Samuel to make the sacrifice before going to battle.

Saul presumed that he could do the sacrifice. He assumed, or for this purpose, he presumed e could go through a red light because he was in a hurry, and couldn’t wait.

After all he was doing the same thing that Samuel would have done, and Saul himself was the king.

What difference would it make, he reasoned, if he offered the sacrifice to God.

He presumed God would approve.

The kingdom was torn from Saul because of presumption on his part.

“Now listen, you who say, ‘Today or tomorrow we will go to this or that city, spend a year there, carry on business and make money’, why, you do not even know what will happen tomorrow.” NIV

“In contrast, presumption is setting our opinions of what God will do above what God has said He will do. Something that we are seeing far too much of in the church today.” — Ray Phillips

As respects professors of religion, one observes, they sin presumptuously

(1)   when they take up a profession of religion without principle;

(2)   when they profess to ask the blessing of God and yet go on in forbidden courses;

(3)   when they do not take religion as they find it in the Scriptures;

(4)   when they make their feelings the test of their religion, without considering the difference between animal passion and the operations of the Spirit of God;

(6)   when they indulge in self-confidence and self-complacency;

(7)   when they bring the spirit of the world into the Church;

(8)   when they form apologies for that in some which they condemn in others;

(9)   when, professing to believe in the doctrines of the Gospel, they live licentiously;

(10) when they create, magnify, and pervert their troubles;

(11) when they arraign the conduct of God as unkind and unjust.

“In contrast, presumption is setting our opinions of what God will do above what God has said He will do. Something that we are seeing far too much of in the church today.” — Ray Phillips

Perhaps in a next article we should think about how salt loses its savor….  Selah…

For further talk on when presumption is a sin:

Faith is putting all your eggs in God’s basket, then counting your blessings before they hatch. ~Ramona C. Carroll

Faith is the bird that sings when the dawn is still dark. ~Rabindranath Tagore