SOMETIMES GOD SPEAKS TO US IN THE SIMPLEST OF THINGS

( It is with great pleasure that Ruth Anderson has granted permission to have this article posted here. Ruth is a teacher, has long been active on church ministerial teams and church leadership. I appreciate being able to share her wisdom with you, my readers. )

I attended an event this past Sunday. In my heart of hearts I really believed that there would be a move of God on that day. I reached out to churches and groups and church leaders and those with giftings and abilities to attend the event with me. I was hurt and bewildered why some with a calling on their life couldn’t see the potential in this opportunity to reach thousands of people and hundreds of children. Church leaders and evangelists and Prophets all told me this was for me. I didn’t understand at the time. 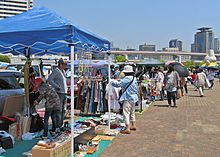 At the event there was a bear, a living breathing creation of God. The Game Commission had trapped it. This bear, when it was brought out of the trap had a problem. It had mange. Now mange is a little mite that gets on the bear and causes the bear some problems. For this bear the little mite had caused it to lose hair on the bear’s face and shoulder. It also caused the bear to be underweight for its age. Because of the mite the Game Commission would not let anyone touch the bear so that this mite would not spread to people.

As I look back on that day, I am reflecting on what I learned. I believe it was a day that the Holy Spirit would have something to say. Perhaps He did and I was there to get the message.

fur, its eyes, since it was sedated I was unable to see its strength but I know a bear can be powerful. Yet I could see the effects of the mange, how one little thing could affect the whole bear and since the bears own body was fighting against the little mite, the appearance of the bear showed the battle.

Reflect on this a little and consider what the Lord might speak to you through this.

the truth will not set us free?  it is the truth that we know , Jesus said the truth you know shall set you free . Until you know truth, that truth cannot set you free. Below are just three examples of that truth.

Regarding the bear , it is symbolic of the church. See the church has been shot with a dart from the devil, just like the tranquilizer. Why was the bear shot ? Because he was sick.

THE CHURCH TODAY IS SICK. It HAS LET, PERMITTED, THE LIES, AND FALSE TEACHINGS TO CREEP IN AND GIVE GROUND TO THE ENEMY.

THE CHURCH ” SHOULD BE ” big like bear, strong, bold, and beautiful……………………… now it has let a little leaven, leaven the whole lump………………..the leaven of the Pharisees has crept in, little by little lie after lie…………………. How can we have 3 full days and 3 full nights from Friday evening till before sunrise Sunday? WE CAN NOT .

why do people accept lies , strain at gnats, while swallowing camel loads of sin. that bear is symbolic of the state of the church today , it needs to be healed , arise in its strength, and prepare for what is about to happen.  Why were there so few that supported the event? that is the issue with the church today. They just want to support themselves, i , me , and mine.  ME my four and no more!  they will say they want to support others, but all the while they just want to steal from other ministries…………….. or because of the fear of someone stealing theirs they do not support others. The church like the bear is sick right now and needs a great awakening.

thanks for thinking of me, I hope this helps ……………. this is what came to me exactly as I read it from you ! 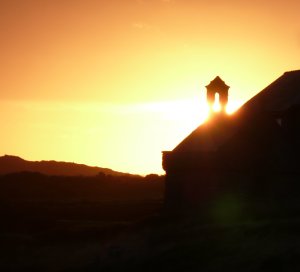